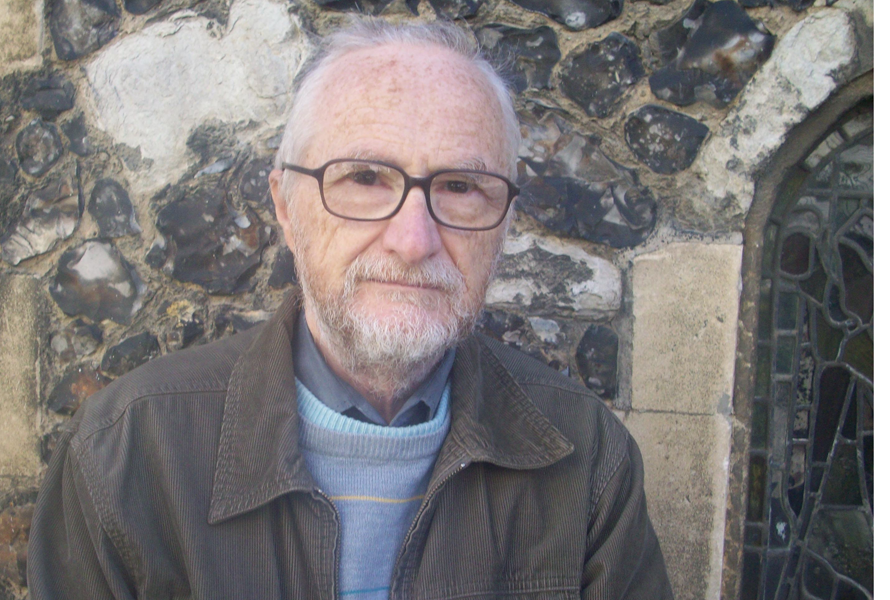 Geoff Lander lives in Bexleyheath, from where he can see Canary Wharf—‘more’s the pity’, says Geoff. He sings, as a dedicated amateur, in light opera, choirs and church events.

In his youth, he did a degree in chemistry at the architecturally disastrous York University (before the trees had grown there). He was involved in research in London for a while but realised it wasn’t for him. The only place to find paid work (‘you studied what?’) seemed to be computing, in which field he was incompetent for years until a stroke put paid to stamina.

To help his dead fingers he started writing out other people’s poems (which he knew only as lyrics through English song). Having stood on Wenlock Edge too many times (but possibly one up on Housman) he started writing his own poems, encouraged from Scotland by Helena Nelson and from the grave by John Betjeman.

A tiny fraction of his poems are ‘out there’, in publications such as Lighten Up Online and Snakeskin, but he writes for amusement only. His hand has recovered.

The cart is empty