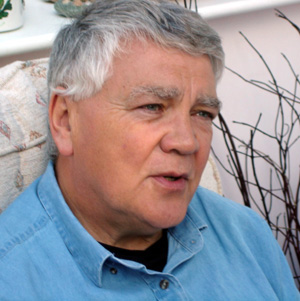 At the age of fourteen, Martin Reed wrote his first verse or, to put it another way, began the attempt to write poetry, that inexplicable meeting of resonance and rhythm that he discovered in the magic of Dylan Thomas. He has continued the attempt ever since.

His working life was spent firstly as a teacher of English, sharing literature with a succession of bright young minds, and then as a partner in a communications company where a very different sort of text was required.

In 1988, Reed won the National Poetry Competition. It was a watershed in many ways, followed by a hiatus. However, in the seventies he had the good fortune to meet the late Vernon Scannell, who became a close friend.

Vernon Scannell recommended Reed’s work to Helena Nelson of HappenStance. She, like Scannell, liked his instinct for form and his love of melodic line and phrase. The publication of The Two-Coat Man in 2008 proved another turning point.

Martin Reed continues to write poetry. He lives on the Malvern Hills, with children and grandchildren nearby.

The cart is empty